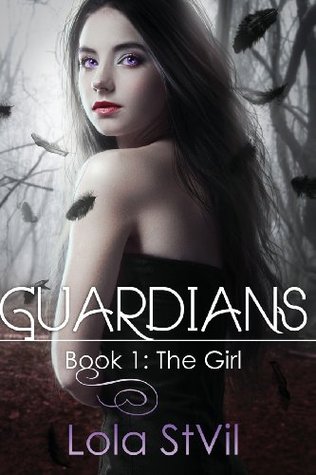 After his death, Marcus found the love of his life…

Between torture, demon attacks, and midterms, Marcus and Emily must fight their feelings for a devastating prophecy has predicted:

“Should Angel and Human unite, humanity will perish.”

Read my review of The Girl

So lately I’ve seen a lot of books getting revamped covers. Most of them I think were for the better, but there are one or two I disagree with. Anyway, I thought I’d just share them with you guys.

(Note: It turns out, I had the Before and After covers switched for The Girl. Blonde moment. Thank you to Stephanie for pointing that out!)

So what do you think? I like all the remakes better. What are your favorite cover revamps? What do you make of these? Were they all improvements?

After his death, Marcus found the love of his life…

Between torture, demon attacks, and midterms, Marcus and Emily must fight their feelings for a devastating prophecy has predicted:

“Should Angel and Human unite, humanity will perish.”

So I have heard some really good things about this author and this series from Stephanie over at REVIEWING WHAT I’M READING, but I figured “angels aren’t my thing.” Then I took part in the cover reveal for the fourth book in the series and then, well, I couldn’t read them out of order! And this is one of those times when my mild OCD worked for good because otherwise, I would’ve missed out on this awesome story! This is one of those books that make me think “darn, I wish I could make people obsess over fictional characters like I’m doing now.”

Did Lola St. Vil write something original? No. She took the whole “guardian angel” idea, turned it on its head, spun it around, shook it up, and flipped it inside out. I have never even heard of a twist on angels that is this unique. You’re going to have to read the book yourself to find out what I’m talking about, but I’ll just say that you’re in for a treat!

Emmy is a normal girl until guys with automatic weapons turn up at her school and she is rescued/kidnapped by a team of unearthly gorgeous teenagers who drag her into the world of ancient pacts and the eternal battle for lost souls. The leader of her rescuers/kidnappers is Marcus, an angel tasked with heading the team that is to keep the devil from a precious map that good and evil have fought over for centuries. The attraction between Emmy and Marcus is immediate and mutual, but Marcus is already taken, by his telekinetic, possessive, utterly beautiful second in command at that. Not to mention that if Marcus and his team fail in their mission, everyone will die, but if they succeed, he and his team will be taken into paradise, never to return to earth. Sucks, right?

This book had some typos, I admit. And I did get a bit frustrated with Emmy, particularly in one scene when she appeared to be attempting to steal Marcus. But for the most part, I enjoyed the story immensely. And I’m not sure if it was deliberate on the author’s part or not, but I especially liked the subtle pro-life story surrounding Emmy’s birth.

I definitely recommend it to anyone interested in a good YA PNR!

Note: GUARDIANS: THE GIRL, is always free on Amazon!

Add The Girl on Goodreads