*****Though this book is a standalone novel, it is highly recommended that it NOT be read without reading the other books in The Captive Series first as it does contain spoilers. This book is set in the past but it is not meant to be a historical novel. Special pre-order price will only be available for a limited time after release.*****

In The Captive Series the vampire king that decimated the human and vampire races was introduced, but now it’s time to meet the man that existed before he became a tyrannical king.

At twenty-five, Atticus is the last surviving member of the most powerful line of vampires, and is known as a prince amongst his kind. The life of luxury and privilege he’s always known is about to change in ways that he never could have seen coming though. Ways that will forever alter the course of his life, the lives of all those around him, and the history of the world.

With his life shattered and an all-consuming thirst for revenge the only thing keeping him going, he is left with only one realization…

Sometimes what rises from the ashes of a broken man, is a monster.

Mature YA/New Adult. This book contains some language, violence, and sexual situations. Recommended for ages sixteen and up.

It hurt me to slap on those 3 stars, it really did. I love this series as well as the author’s other vampire series, but this one just…fell flat on its dear little face. The previous book, Redemption, was without a doubt the best in the series, so I had high hopes for this one, but…I felt as if there was something missing from the story.

Technically, this is book 0.1 in the series. It takes us back roughly 900-and-something years to medieval England where Atticus, known only as “the king” through most of the earlier books, is a young vampire aristocrat barely in his twenties. He meets and bonds with a young peasant vampire, Genevieve or Genny, and we learn how deeply the series’ villain once loved. This is an exploration of how Atticus became as warped and twisted and psychotic as he did, breaking your heart into tiny little shards by the end.

The better part of the book is the last quarter or so, in my opinion. It felt to me like there wasn’t enough conflict and suspense in the early part of Atticus and Genny’s relationship. Yes, there were obstacles, but they seemed to overcome them too easily. Also, I thought it was cheating for the author to have them making out within the first few chapters. One should draw it out! Build up to it until there is no choice!

That lack of early conflict was my main objection. I thought there was so much potential with the various characters and their subplots to make things go wrong, but none of those juicy veins were tapped. I liked other elements of the story, but I just couldn’t get past that.

So yes, I did feel horrible for Atticus by the end. We spent the first five books in this series hating his rotten guts, but then the author apparently decided it would be fun to make us cry for him. In his youth, he was very much like the hero of the first four books (who is also his son). Something Atticus himself notes in his journals toward the latter part of the story.

This book focused more on the male POV, but there were still chapters in there from Genny’s perspective. The story centered so much around Atticus that no other character really bears mentioning, but they had a sweet relationship and Genny was a good character. She’s like Aria more than a little in her tenacity and self-sacrificial mindset, furthering the parallel between Atticus and his son’s stories and breaking a reader’s heart even more.

If you’re a fan of The Captive series, then I certainly recommend this for the backstory if nothing else. But I’ve seen how well this author can write and I feel like she didn’t follow through. All the same, I’ll still be hanging on for new additions to this series. 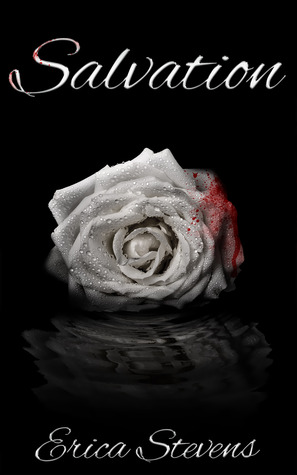 4th and last book in the Captive Series.

Imprisoned by Caleb and at the mercy of the king, Aria is determined not to let them break her. However, the more atrocities she witnesses, the more she realizes there are some horrors no one can withstand, and sometimes survival isn’t always the best option.
Tormented by the loss of Aria, Braith is forced to choose between his need to rescue her, and the impending rebel war he’s been chosen to lead. Fighting against the darkness which threatens to drag him into its tempting depths, Braith struggles not to become like the one thing he hates the most, his father.
Faced with their own separate challenges, Aria and Braith must come to terms with who they are, what they want, and the likelihood that they can never be together as the inevitable war looms on the horizon. A war that all of them will fight but not all of them will survive.

Oh, yes, I’m on another severe Reader’s High (a sense of lingering euphoria resulting from reading an outrageously good book) and suffering a wicked Book Hangover (the inability to start a new book because one’s mind is still trapped in a previous book’s world). I received an ARC of Salvation from the author and I admit I kind of giggled in excitement and ridiculous self-satisfaction when I got to read it nine whole days before everyone else. I am a huge fan of this series, ever since I read the first one last autumn and this is by far one of my favorite series of all time. I finished Salvation in about five hours (probably more like four if you subtract dishwashing time, stopping check on little brother, stopping to chat with another little brother, etc.) and I don’t even mind that it’s the last in the series because I’m so happy right now! There were quite a few places where I actually laughed (especially in the parts told from Jack’s perspective and the banter between Aria’s brothers) and I may very well have enjoyed the finale more than the others.

This book stressed me out. I was in a state of absolute agony, up until about the 97% mark because I was so scared about how it would wrap up. At around 43% I was freaking out because I kept thinking “alright, that was too flipping easy, where’s the catch? I demand to see the catch!” It turns out I was right, but we won’t talk too much about that for fear of spoilers…

It was interesting to see how everyone had matured a bit since the beginning, particularly Braith. Yes, the nine hundred and fifty-two-year-old vampire still had a little growing up to do and I liked how by the end he was finally willing to consider everyone else, but still made Aria a priority.

I started to like Ashby in the previous book, but I grew quite fond of him in this one. Same with Xavier, Max, and Aria’s family. I thought the side characters became much more fleshed out and dimensional in this one and I was surprised to find myself worrying about them almost as much as Braith and Aria (because who are we kidding, I always worry about the couple the most).

I liked the part where everyone gets the chance to take revenge on the people who’ve wronged them and they show mercy while the bad people still get their comeuppance (eventually). The line between vengeance and justice can get a bit blurry at times and I was pleased by how well I thought the author handled the subject.

All in all, this was an incredible finale to an incredible series. I highly, highly recommend all these books to fans of vampire romance, upper YA romance, and maybe even dystopian romance. This series will forever hold a place on my bookshelves and I cannot wait for the author’s next book!

So if you have been following my blog for awhile, you have probably heard me ramble on and on and on about how madly in love I am with Erica Steven’s vampire romance The Captive series. Well guess what? The third book releases today! (There is one more book in the series set for release sometime this year.) You know the drill, click the cover to be whisked away to Goodreads!

Whispers, rumors, and horror stories abound about The Barrens and the strange creatures that lurk within them. Determined to find the remaining vampires that stood against his father in the war, Braith knows that it’s dangerous to enter the inhospitable land, but that they must if they are to have a chance at gaining allies to help overthrow the king. Though he once knew the powerful vampires that are rumored to reside within The Barrens, he is unsure what to expect if they succeed in finding them. He will do whatever is necessary though to ensure a future for himself and Aria.
Aria is fearful of entering into the land she’s heard nothing but cautionary tales about, but she’s determined to help Braith locate the vampires that may help them with their cause. She is fascinated and amazed by the world they uncover within, one that is unlike anything she has ever seen before. However, the more immersed they become in a world that she doesn’t entirely understand, the more she realizes that it won’t be the war, or even the king that will eventually tear her and Braith apart.
It will be her.

For Fanged Mania this week, I am sharing with you three very neat vampire books which are all free on Amazon, every day and always. (So even if you don’t see this post for awhile, they’ll still be free. =) Click the covers to go to Amazon!

Post your thoughts and links to you Fanged Mania posts below!