Last week we talked about all the sex in YA and how I think it’s horrible and all that. Now let’s talk about why.

Nobody seems to bring this up…

Regardless of whether or not high school students should be having sex, whether or not people should embrace/explore their sexuality or what have you, no Young Adult book I’ve read accurately portrays how much young people give up for these early relationships. Boys and girls both.

Even when there wasn’t sex involved, I cannot tell you how many people I have watched sacrifice and compromise their own dreams for the sake of a boy/girlfriend. So many times, I have wanted to scream “he/she’s not worth it!” when people I cared about quit the sport they loved, ended friendships, turned down the chance to get paid to travel, or changed their college plans for the sake of the (invariably ungrateful) person they were dating.

It has never once turned out well and those I’ve talked to have always ended up regretting those lost opportunities. Not even sex in the cases where it applied, just what it caused them to miss.

The unpopular opinion that might get me strung up.

We need better story lines in YA than this “cure the virgins” fad. Yes, yes, it’s true that sex is considered a part of the “coming of age” story that YA often follows and I know sex sells, but it wouldn’t kill anyone to write with more restraint, for lack of a better word. The target audience of YA are mostly still forming our opinions and beliefs about the world. We often don’t even know who we are until college or later and the things we read, watch, and hear influence us sometimes more than we realize.

Books, like any other form of art, shape tour perspective and too many YA books today are shaping my generation’s perspective on sex into something ugly. It’s not about shaming those who have had sex or choose to write about it, let me make that clear. The point is that publishing, like Hollywood and the music industry, are telling us that sex is free of consequences and fun and everyone should be doing it. Also, everyone wants to do it and if you don’t you are either lying or haven’t found the right partner.

But it’s okay to not have sex and there’s a hell of a lot more to it than I’ve seen in the media. YA authors need to stop and do a bit more research. Screwing around, especially during that phase, can quite easily ruin your life, especially if you let it divert you from what you should be focused on. People in the YA age range have a lot of things to learn and discover and romance is just one tiny piece of that huge puzzle. There’s your morality, what is important to you, what work makes you passionate, figuring out what you want to pursue in college, if you even want to go to college…LOTS OF THINGS BESIDES SEX, OKAY?

And then there are the stories about how the protagonist realizes that relationships aren’t all that necessary at his/her lifestage and moves on. But seriously, I can think of a grand total of ONE book where they didn’t have to have sex before the protagonist figured it out.

To be continued in Part III.

Okay, okay, so that’s a melodramatic title, but hear me out.

The genre of Young Adult is divided into two subgroups with lower YA falling in the 13-15 age range and upper YA aiming for the 16-18 zone. Many sources may have slightly different parameters or definitions, but that is the gist.

It’s not that we can’t handle sex talk.

Before we go any further, I want to say yes, it’s true young people are capable of handling a lot more than their parents and teachers generally give them credit for. Even in my  early teens, I could follow and carry on conversations with my father’s friends which ranged from local politics to international business.My brother was no different and I have many friends who have handled huge levels of responsibility and maturity from a young age.

That being said, I do not think people in the 14-18 age range are incapable of making mature and responsible decisions. However, I frequently find the attitude toward sex in YA novels disturbing. Lately, I’ve started to wonder if most YA authors are just YA authors because they wanted to write about girls losing their virginity.

There’s the first trope from Satan…

Girl has perfect sex with the school’s conveniently hot bad boy who has always been a jerk to every girl before her, but totally changes because she “silences his demons” and blah, blah, blah.

Scenario No. 1 has a laundry list of things wrong with it. There’s the unrealistic expectations and the idea that you should go into a relationship hoping to change someone (and said idea should die a slow, painful death). Not to mention I’ve yet to encounter a bad boy love interest who wasn’t borderline or outright abusive.

Abuse in all it’s forms has been normalized by the Romance genre for so long (remember when Romance heroines would be raped by the heroes so that it would be socially acceptable for them to have sex?) and we certainly don’t need that scum in the YA section.

…and the second trope from Satan.

Girl has awkward, disillusioning sex with a guy who turns out to be an ass, but on the rebound discovers that casual sex is awesome so long as they use protection and her partner is hot.

First of all, I don’t really understand how casual sex can be healthy (go read a medical textbook) or safe (go watch Criminal Minds) for anyone, but we’re focusing on the YA genre here. Scenario No. 2 is most disgusting because it encourages the idea that everyone is having sex and if you don’t, you’re weird, sheltered, immature, prudish, puritanical, or whatever the enlightened (aka sexually active) people are calling it these days.

But clearly this is all acceptable because it’s completely realistic. I mean, who gets to college age without having sex? In this century? No, everyone has definitely done “the do” before they’re old enough to vote and it’s imperative that we cure all the virgins as quickly as possible because society might crumble and anarchy ensue if we don’t. 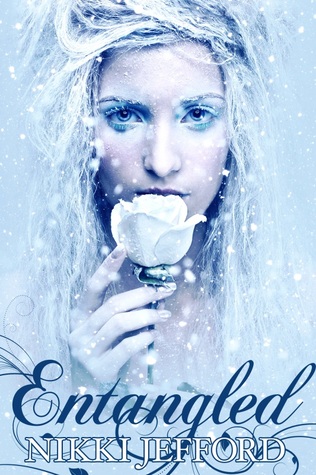 Until Gray finds a way back inside her own body, she’s stuck being Charlene every twenty-hour hours. Her sister has left precise instructions on how Gray should dress and behave. Looking like a prep isn’t half as bad as hanging out with Charlene’s snotty friends and gropey boyfriend.

The “normals” of McKinley High might be quick to write her behavior off as post-traumatic stress, but warlock Raj McKenna is the only person who suspects Gray has returned from the dead.

Now Gray has to solve the mystery of her death and resurrection and disentangle herself from Charlene’s body before she disappears for good.

***Entangled is a young adult paranormal fantasy romance suitable for ages 15 and up.***

Read my review of Entangled 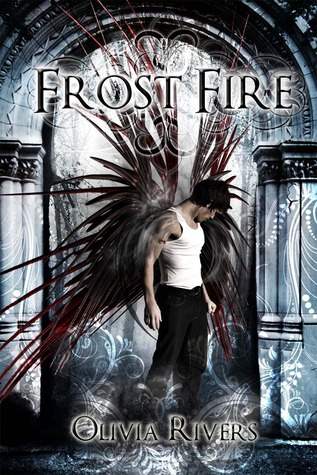