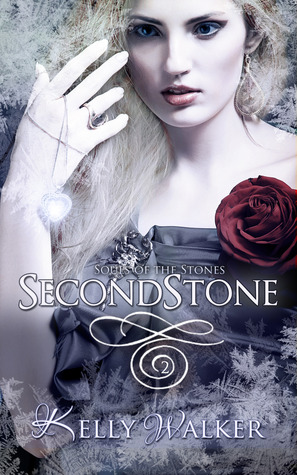 You are only a pawn if you don’t know the game you are playing.

In the second installment in Souls of the Stones, the stakes are higher, the romance is hotter, and Emariya’s power as a Cornerstone is growing.

DETERMINED TO MAKE SENSE OF THE BETRAYALS, lies, and her undeniable attraction to Torian, Emariya and her prince begin the journey to Sheas to confront her uncle and bring her father home.

Only days after leaving the castle, devastating news threatens to tear Torian and Emariya apart. Overcome by guilt, Emariya wants to repair the rift between them but first she must answer one important question: why can’t she wake up?

A DEADLY FORCE HAS COME FROM THE SEA to claim its daughter, and if Torian wants to save Emariya, he’ll first have to find a way to forgive her…and himself. That’s easier said than done when both his sister and Emariya are counting on him at two separate ends of their world and the only people who might know how to help him are hiding in exile.

TO WIN THE BATTLE FOR THEIR LIVES, they will first have to win the battle for Emariya’s mind. Only then can she rise up strong enough to face what she has to do.

So, Cornerstone was a bit of a long and winding road in the beginning, but I really wanted to know what would happen, hence I downloaded the next two books. And I had a blast! The world needs more Epic Fantasy Romances. It just does.

These books are marked as Romance and this one does more living up to that label. Still, there are plenty of dangers, battles, political considerations, and magical entanglements that keep it true fantasy. There is more exploration here of the Stones and what they can do and Emariya’s gifts, as well as an unexpected twist as to who Reeve’s accomplice is. This plot moved along faster than the previous book’s and I dove straight into the final installment after I finished.

I liked Emariya. I honestly did. But at the same time she drove me nuts. I don’t expect her to be a warrior princess, but she kept getting into fixes because she was headstrong and then had to be rescued. I really wished she had been quicker to realize that, just maybe, she should listen to Torian and Garith. But oh well.

Torian is reeling from the loss of his sister and understandably angry at Emariya. All the same, he still protects and watches out for her and is willing to do whatever it takes to save her when she falls into a magical illness.

Garith—oh, the poor lovable guy. I can’t get over his selfless devotion to Emariya. It’s just so damn sweet and a tad masochistic. I was passionately hoping he’d get his HEA in the end, even if it didn’t involve Emariya.

The full scope of Reeve’s treachery comes to light here as well as the fickleness of the Warren’s Rest nobles. We also get to see an interestingly different side of Reeve when he meets Terin.

This is a series I am very fond of and, despite knowing that the novellas will end in tragedy, I do mean to read them. This series is perfect for people with a passion for high fantasy and romance! 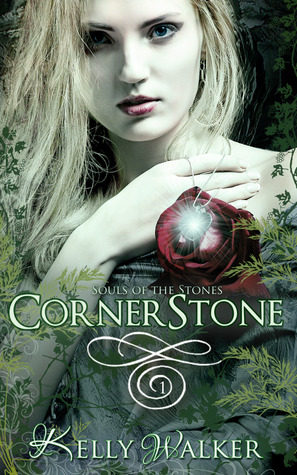 When Emariya Warren learns enemy forces have captured her father, she’ll do anything to save him. Anything. Even marry a mysterious prince she knows nothing about in order to rally the strength to arrange a rescue. During her journey to Torian’s foreign castle, Emariya comes face to face with her mother’s killers–and a deadly secret.

Not only does Emariya possess a powerful but unexpected magical gift passed down through each of her families, the prince she’s promised to marry possesses a third, and an ominous prophecy has warned the three gifts must never be combined.

If she breaks her promise to marry Torian, she won’t be able to save her father and if she keeps it, she may bring a curse upon everything she holds dear. Determining which choice is best won’t be easy, but when she meets the gorgeous prince who may desire more than just her heart, she realizes she will have to fight just to have a choice at all.

Her heart wants him desperately. Her head begs her to run. If she doesn’t want to share her mother’s fate, she’ll have to find a way to untangle the truth from the lies in time to save herself.

Read my review of Cornerstone here