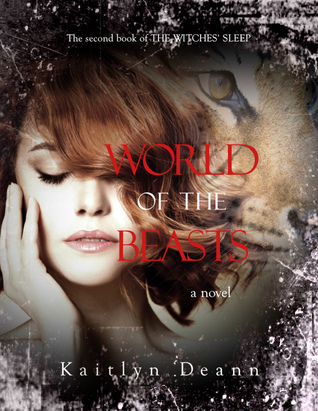 Sea-Anna and Tuck have been weretiger slaves to the witches for over twenty years. But now, because their master happens to be the leader’s worst enemy, they have been sold to the beasts behind their master’s back. Sea-Anna and Tuck are separated, bought by two different beasts. Sea-Anna, who dreads the beasts more than anything, promises herself to stay strong, but not for herself, not to save her own life. She has to protect her secrets. But will she buckle under the pressure Aphalie, the world of the beasts, shoves at her? Or will she overcome the trials and become the weretiger she was always meant to be?

This is…wow. So much wow. I read the first book over a year ago and had forgotten what a skilled and talented authoress this young lady is. If she EVER even CONSIDERS putting a stop to her writing, I will have WORDS. No book is perfect and I did have some minor issues, but the overall storyline, character development, world building, plot twists…I was amazed by how well put together it was. The writer took her time with releasing this, getting everything just the way she wanted it, and I cannot argue with what a great book has resulted. Simply marvelous.

I got to about 20% into this book and stopped. I knew bad things were about to happen and really didn’t want them to because I love the characters. However, an hour-long wait to take a college test forced me to stop being a baby and just read and I was so happy that I did.

I was never quite able to accurately predict what would happen. There were times when I thought “oh, the author would never let that happen” and then she DID. There were also times when I thought “oh, no, SHE’S GOING TO DO IT,” but she showed mercy on the characters (and I thank her for that). In short, this story was far from predictable and I enjoyed the not-knowing immensely.

Sea-Anna is my dear little baby and I can’t say I was happy for most of this book because of that. She goes through a maelstrom of character development and it was wonderful to see how much stronger and wiser she had grown by the end. She was perfect before, but she somehow managed to become even more amazing.

Tuck also gets a few perspective chapters in this book and since he was one of my favorite characters in book 1, I loved it. I admit there were lots of twists about him that I didn’t see coming, but the fact remains that I adore him as much as Sea-Anna and that led to a great deal of stress. MAJOR stress.

Sunny still plays a large role in this book, despite a focus on Sea-Anna and her storyline. Some questions left open-ended in the first book come into play in her sequence and she makes some world-shattering discoveries about Raena and the whole of the world. The relationship between her and Clap continues to be precious and don’t even get me started on her and Kindness. ❤ Everything about the way their dynamics are portrayed is adorable with just the perfect amount of grounding in reality.

I said I had minor issues with a few things, but it was really only one thing—the whole element about Sea-Anna being used as a sex slave. For starters, I thought it strange that Sea-Anna would feel guilt over an interspecies carnal relationship, but not over the fact that she’s married.

Then there was Tuck’s reaction when he finds out that Sea-Anna was prostituted. I don’t mean toward the client who paid for her, but the man who did the selling. I would think that if I had found out that my spouse was used as a sex slave, I would be just a tad upset with the bloke who did the brokering. It doesn’t matter how pure or honest he might have seen his intentions when he prostituted her, the fact remains he prostituted her. There just didn’t seem to be any repercussions for Buck in that regard from Tuck or anyone, really.

Overall, I adored this book. The new species that are introduced, the amazing handling of suspense and character development as well as the promise of an even juicier sequel have left me aching for the next book. Again, I say that Miss Deann better keep on writing because the world needs more books like this!

Find World of the Beasts on Goodreads

Find World of the Beasts on Amazon

Find World of the Beasts on BN.com

Come join in celebrating young adult speculative fiction in all its forms with euphorYA, a speculative fiction scavenger hunt! Get a peak at exclusive content from your favorite indie and small press books, and put together the clue phrases for a shot at the Grand Prize (to be announced soon). Stop by the blog hops June 20-22 for a rollicking good time with dragons, spaceships, ghosts, mages, and everything in between!

If you’re an author and would like to participate in euphorYA, you can submit your information here.

So I’m helping out with this event and let me tell you, it’s working out to be epic. If you’re an author of YA speculative fiction (fantasy, steampunk, sci-fi, paranormal romance, etc.) or know one that would like to be a part of this, please let them know! The more the merrier. 😀 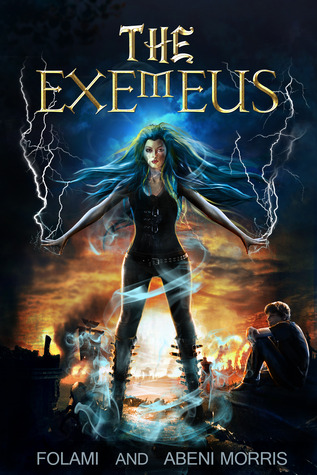 Hyalee Smith is dead, she just doesn’t know it yet.

Her short life was devoted to love and to hate. Love of the man who stole her heart, hate for the man who stole the world. Murdered by the government she swore to destroy, she has been given another chance to make it right. But to save the planet, she needs the help of the most powerful mystic the world has ever seen—unfortunately he hasn’t been born yet.

In a world where fear is the only currency, Dephon has committed the ultimate crime:inspiring hope.

His only goal is to make it safely through ninth grade, but on a post-apocalyptic Earth run by the Treptonian government, it isn’t that simple. Heir to a legendary power, Dephon Johnson is the only threat to the government’s rule. And on Trepton, all threats must be eliminated. When hundreds of assassins are dispatched to neutralize him, Dephon is forced to fight back. His only chance of survival is to enlist the aid of the greatest warrior the world has ever known. The only problem is, she’s been dead for 13 years.

It’s always a joy when a book you thought was going to be “alright” turns out to be “utterly, indescribably awesome.” I started this one, not really sure what to expect, but what I got was a suspenseful and original story of love, betrayal, magic, adventure, greed, and petty pranks. This book expertly blends humor and tragedy and writing styles. The Exemeus was written by two sisters and I honestly couldn’t tell you where one stopped writing and another started. The story flows into a single, smooth voice and is definitely one of the better books I have encountered.

This story is told from two perspectives. One is Dephon, the young mystic with unrealized powers living in a future dystopian society of oppression and chaos. The other is Hyalee, the modern teenager who discovers that she is descended of a magical ancient Egyptian line. This is two stories told at the same time as Dephon learns the story of who his mother was and what happened to her that resulted in the current state of the world. This was fast-paced, suspenseful, and I was hooked like a flipping trout until the very last word.

Dephon is the first perspective we hear from. He is clueless as to who is or who is father is for that matter, but is gifted with a mysterious book by a mysterious woman out of which a mysterious girl with mysterious powers emerges. Dephon was a relatable, fun MC and I am very, very worried about him now. With the way the book ended, I have hope, but I’m still freaking out.

Hyalee’s story was a little spoiled because from the very beginning we know that she and Singleton are going to be able to touch—they had a child after all—and that Hyalee is going to be killed. Nonetheless, I enjoyed her story greatly. There were plenty of laugh lines mixed in with the serious undertones and I am hoping so badly that everything will turn out alright!

Singleton—poor Singleton! This is the first paragraph of the first chapter:

Dephon’s father had a power—a super power. Singleton Johnson had the amazing ability to blend seamlessly into the sofa.

He goes a little crazy with depression and despair after the death of Hyalee and the cruel betrayal of his twin brother, yet every so often we catch a glimpse of “the boy who had once loved so passionately.”

I adored Mallea! She was snarky, yet dedicated to duty and while I felt sorry for her, I also thought her bravery was admirable. She certainly knows how to extract humiliating revenge on a football team and how to get past military security (I also think Dephon likes her).

An awesome MG urban fantasy/dystopia/sci-fi and I am very, very excited for the next book! To Folami and Abeni Morris: Get that next book written already!

Add The Exemeus on Goodreads

Find The Exemeus on Amazon

Find The Exemeus on BN.com

After winning the rest of this series in a blog tour giveaway, I let them all sit on my Kindle app, alone and practically forgotten, for months. Then I finally went to pick this one up and oh, mama! I’m a disciple of this author! This is a novella, so there isn’t a whole lot I can say about it without being spoiler-ific, but don’t worry, I’ll still gush.

This is the story of Rowan and Annalise, the parents of the male love interests in The Guardians of Vesturon books. It starts out with young Rowan—future ruler of the planet—noticing a pretty young girl of the servant caste working in the cafeteria. In spite of knowing what a bad idea it is, he asks her permission to meet her in private. Things get out of control from there and the two find themselves deeply in love with plenty of powerful people who forbid their unification.

This story holds a few similarities to Romeo and Juliet, except that it ends much better and is far more believable. Oh, and it’s FREE! So go download it, read it, and I dare you not to read the rest of the series!