I started writing YA when I was well within the age range. But these past two years, I’ve been branching out into Game of Thrones and other not YA ilk. Outside reading, I’ve started involvement with human rights and the heavy issues that come with that.  As I creep ever further from the YA realm of 14-18, my perspective has changed a great deal.

The storylines for my newer WIP’s started centering around different characters, darker themes. (But don’t worry, Haddie and Janir are safe.) I started toying with several ideas that cast young parents and widows in protagonist status—both generally considered no-no’s in YA. Truth be told, I feared I was growing out of my beloved genre.

Then not too long ago, I realized how much I missed certain things about YA. Young Adult characters, with scant exception, still believe the world can be changed for good, that there’s something worth fighting for. There’s a kind of innocence that’s rare in adult fiction and I had missed that so, so badly.

That was when I remembered the magic of YA, why it so successfully transcends age barriers. The thing is, we are all or have been young. We’ve all experienced or are experiencing some form of learning about the world, ourselves, and relationships. (Though people assure me that learning never really stops.) YA is so universal and successful for that very reason.

Loving and reading YA doesn’t mean you don’t dabble in other things. What’s more, YA itself covers a vast array of subgenres and issues. Whether you want to read something philosophical, sarcastic, humorous, contemporary, historical, speculative, surreal, or just about anything,  I guarantee the Young Adult section has it. There are very few limits on what it includes these days and the only consistent feature is protagonist age.

Every so often, I want to read something about “grown-ups” screwing the world over, but I can still love YA. It stays there, like your high school best friend who still calls even after you both start grad school.

Truth is, I don’t think it’s possible to outgrow YA. That’s like saying you can outgrow ice cream.

A soft spot for villains.

All too often, I find myself watching a movie or a series for the sake of the villain, because I care more about him/her than the “good guys.”  If you go on Tumblr or any other fan site, you’ll see that villains in pretty much every genre and media garner massive followings, sometimes even larger than those of their heroic counterparts.

This led me to the inevitable question—why? Are the heroes just too boring? Are the good guys too good? Is it that the villains are a means of expressing our frustrations and resentments by proxy? I’m sure there’s a psychology dissertation in that somewhere.

Firstly, I notice that villains get away with a lot more by virtue of being villains. If a hero abducted and poisoned children or slaughtered entire armies defending their homes, he would be condemned by the readership rather quickly. Yet the villain gets away with it because we expect that. After all, he/she is a villain and villains by their nature do villainous things, but if a hero has so much as one selfish moment and yells at the wrong character, suddenly we’re all over him/her with pitchforks and torches. (But if the protagonist is too perfect, we’re still not happy.)

When a hero monologues about traumatic events in their lives, they too quickly come off as whiny complainers. When a villain discusses past trauma, however,  people are generally more sympathetic. Villains also tend to talk about past traumas less often and I wonder if that has something to do with it as well—we don’t have to listen to many sympathy-garnering speeches.

Interestingly, there seems to be more villain-centric fans in films and television series. Personally, I find heroes more relatable and easier to empathize with in books and I believe other people do too. It probably has something to do with being thrown into the hero’s psyche, sometimes exclusively, leading us to develop more attachment to him/her.

Even in multi-POV books, the hero has the most “screen time” and the villains are usually secondary or tertiary if their perspective is there at all. This means a certain amount of distance from the villain and a buffer zone of attachment, if you will.

In the end, this subject could probably span a few more blog posts plus that dissertation I mentioned. I’m just trying to tap into what makes all characters—villains, heroes, and everything in between—lovable.

But in the end, it’s still an art, not a science.

Me reading about fictional couples:

Me reading a kissing scene:

Me when people talk about book couples:

Me when people talk about real couples:

Me when book couples do PDA’s:

Me when real couples do PDA’s:

Me starting a new series:

Me when I decide I’m a fan of a new series:

Me when I finish the first book:

Me realizing the next book isn’t out yet:

Me when they announce the official release date:

Me when, after moving it back four times, they announce the “official” release date:

Me being forced to wait:

Me when the sequel finally arrives:

Me when I start reading the sequel:

Me when I finish the sequel:

I am so very behind on my reviews that it isn’t even humorous. I’m going to have to do a whole post just to show you how very behind I am. but until then, this is what I am currently reading! (It’s pretty flipping awesome so far!) 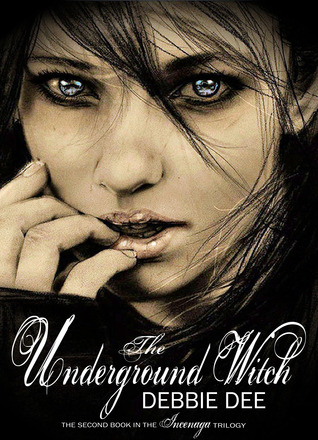 As the last of the Incenaga Witches, Emmeline has been tortured and forced to use her power to kill. But unlike the Incenagas before her, she has survived. With her freedom restored, she should feel safe, invincible even. After all, she has the protection of Prince Erick’s army and a power strong enough to obliterate any enemy. Yet Emmeline lives in fear for the next person who will try to control her, and no one can seem to find the tyrant threatening to claim her.

Until it’s too late.

With everything on the line, and the enemy at her throat, will Emmeline be able to use her power like never before? Even if it kills her?

In The Underground Witch, the second novel of the Incenaga Trilogy, Debbie Dee delivers enough adventure, heartbreak, and suspense to captivate readers at every turn.

Hey! I just thought I should explain my recent failure to post. I have not fallen through the rabbit hole (sadly), been chosen as a Dragon Rider (even more sadly), or carried off by flying monkeys (not so sadly). I have been somewhat bogged down with editing for the next Fanged Princess novella, but more of it is due to the busyness that tends to proceed the vacation of a household’s built-in nanny. Yes, you heard that right, I am on vacation, visiting my stupendous grandparents in the Olympic Peninsula, a short ways outside Seattle.

I do intend to be back more while I’m on vacation (it’s incredible to have WiFi without a pilgrimage to the library). I read a very fascinating book called Frost Fire by Olivia Rivers on my flight and you can expect a review of that and some of my backlog reads in the coming weeks! I also hope to do some writing, reading, not to mention proofreading of FP2!

I’ll be posting some Halloween stuff, too. But first, I must actually write it. Okay, enough procrastinating for me, time to get to work!

Don’t miss The Mortal Instruments: City of Bones, soon to be a major motion picture in theaters August 2013!

When fifteen-year-old Clary Fray heads out to the Pandemonium Club in New York City, she hardly expects to witness a murder — much less a murder committed by three teenagers covered with strange tattoos and brandishing bizarre weapons. Then the body disappears into thin air. It’s hard to call the police when the murderers are invisible to everyone else and when there is nothing — not even a smear of blood — to show that a boy has died. Or was he a boy?

This is Clary’s first meeting with the Shadowhunters, warriors dedicated to ridding the earth of demons. It’s also her first encounter with Jace, a Shadowhunter who looks a little like an angel and acts a lot like a jerk. Within twenty-four hours Clary is pulled into Jace’s world with a vengeance, when her mother disappears and Clary herself is attacked by a demon. But why would demons be interested in ordinary mundanes like Clary and her mother? And how did Clary suddenly get the Sight? The Shadowhunters would like to know. . . .

Exotic and gritty, exhilarating and utterly gripping, Cassandra Clare’s ferociously entertaining fantasy takes readers on a wild ride that they will never want to end.

Me when I picked it up at the library:

Me at the beginning:

Me at the scary part:

Me at the party part:

Me at the climax:

Me at Valentine’s revelation:

How I felt at the end:

Me using Google for truth about Valentine’s revelation:

How I feel about reading the next book:

To celebrate the release of The Chalice of Malvron and the five days the first two books will be free, I will be doing a blog feature each day where I talk about the series! So here is the first one. Enjoy!

This is a budding subplot that occurred quite by accident. When I wrote the prologue for The Secrets of the Vanmars, I thought I’d add a healer to the scene who would be tending Lucan’s wounds. From there things got out of hand and now the pair have their whole own story that’s already made me smile and cry.

In the beginning, Janir’s father was meant to be pure evil. Period. Then I started developing him more and exploring his background, his childhood, and his complex psyche and now he is one of my favorite characters. Though it can be hard to see why at this point in the series.

I wanted a guardian/protector/Argetallam trainer character for Janir and thus Cyrilius Palivahr Argetallam was born. I have been told by one reader that he is the “hottest” character I have ever written, though I’m not sure why she would think that. The relationship between him and Janir is one of my favorites in the series and I can’t wait to show you guys more of it!

Poor Aryana. Though Janir’s seeress mother was born into a noble household, she was allowed to marry for love, wedding Armandius Caersynn in her later teens. The subplots about her, her husband, and the father of her only child get me excited because the emotions and details involved are so complicated and I love complicated.

Malkalar has had only one scene in the series thus far, but he will be getting many more. I can’t really say why he’s one of my favorite subplots because of spoilers, so you’ll just have to wait! 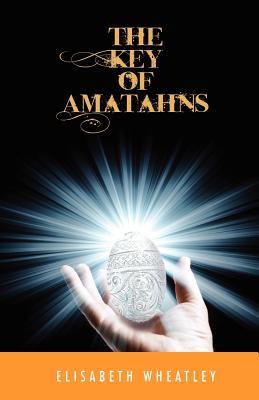 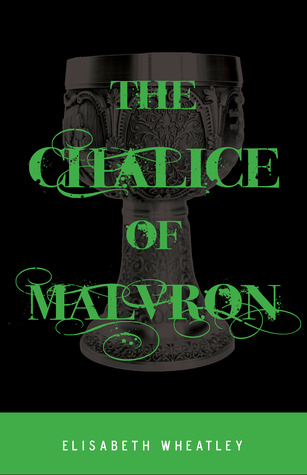 Posted by Elisabeth | Filed under just for fun