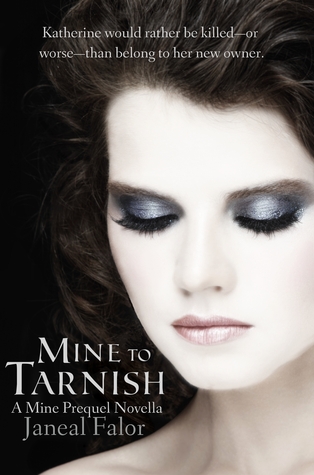 Today the very awesome Janeal Falor has taken the time to drop by and talk a little about her YA fantasy series and herself! Take a peek at her answers to my wildly creative (okay, so maybe I’m exaggerating) questions and don’t forget to check out her links and the giveaway below!

Janeal Falor lives in Utah where she’s finally managed to live in the same house for more than five years without moving. In her spare time she reads books like they’re nuts covered in caramel and chocolate, cooks whatever strikes her fancy, and enjoys the outdoors. Her husband and three children try to keep up with her overactive imagination. Usually they settle for having dinner on the table, even if she’s still going on about the voices in her head.

What was the first book that made you want to write one?

Ooohhh. Good question! It’s been so long it’s hard to remember for certain, but it was probably A Wrinkle in Time by Madeleine L’Engle. It transported me to another world in a way I could relate to and then made me want to figure out how to make that type of magic happen.

Where did you get the idea to write You Are Mine?
I had been reading a lot of marriage of convenience/arranged marriage-type books. Then I thought: What if these girls weren’t being sold off for money? What if they were being sold for something they had of great value, but something they couldn’t control. Something like–Magic! And You Are Mine took over my life.
Is there a particular character in the Mine series you consider to be the head villain? Who is it and why?
For the series it would be a toss up between the Grand Chancellor and the Chardonian society as a whole. Society’s ideals and expectations are what the heroines have to face and over come, but those ideals and expectations have been set, in large part, by the Grand Chancellor.
Do you have any writing rituals? What are they?
Being a homeschooling mother of three kids it’s hard just to find time to write. Because of that, I really don’t have any rituals. I have to write whenever, wherever, however I can. One thing I do have to have, though, is quiet. Noise distracts me to no end. Thank the stars children sleep and that libraries exist!
What do you think is the key ingredient to a good heroine?
Being relatable. If I can connect with a heroine, whether or not their circumstances are something I’ve been through, I can feel what they are feeling and cheer them on through whatever task they must overcome.
If you could have afternoon tea with any author, living or dead, who would it be?
Eep! So hard to choose just one. I don’t drink tea, but I’d love to have a cup of hot chocolate with Gail Carson Levine. Her stories are magic.
Thor or Ironman?
That’s like asking chocolate or caramel. Why both of course! Put them in the same movie, even better. Better yet, they can both come to my house. Wait, on second thought, I’d rather my house stay in one piece…
What’s a question you’ve wanted to be asked in an interview? What’s your answer?
I’ve wanted to be asked: Do you believe in happily ever after endings?

Why this is what I’ve wanted to be asked, no idea, but: Yes! Most definitely. Except… I believe very strongly in realistic happily ever afters. If there’s not a dose of realism, it’s hard not to roll my eyes and then not want to think about the story again. A touch of reality to endings makes the happiness more believable and usually gives me more to think about.

My Review of You Are Mine
Giveaway
For an eBook copy of You Are Mine, leave a comment answering this question: Is fighting for your freedom worth it, even if someone you care about might get hurt?