Lately, the hashtag #FictionalDeathsIWillNeverGetOver has been trending on Twitter. As soon as I saw that, I immediately thought of characters—whose deaths I will never get over. I could not let it pass and so I must tell you all about the imaginary deaths which shall haunt me forever. These were the first three who popped into my head and so have the honor of being in the first post.

Okay, if you watch Downton Abbey or live with someone who does, I’m sure you heard of this one. At the season finale, Matthew has just held his newborn son for the first time and is driving home from the hospital when he gets into a car wreck and is killed instantly. There wasn’t even a proper death scene, it was just “WHAM! BOOM! Oops. Sorry, man. You’re dead.” After I saw that, I could hardly believe it. And I’m so mad at the actor for skipping the show and going to Broadway and I’m so mad at Julian Fellows for letting him!

This character may not be as widely known as the other two, but I cared deeply about him. Sam was the first love of Celaena Sardothien, the heroine of Throne of Glass by Sarah J. Maas (my review). Though he’s already dead a year by the time Throne of Glass takes place, he is present in three of the four prequel novellas and we get to see what a deep and passionate love he and Celaena shared. After I read the final novella, I went into a semi-catatonic state and my family had no idea why I was so upset. When I told my father that the love of the main character had been gruesomely tortured to death, he offered the following fatherly comfort: “Ah, but just wait for the next book when she (Celaena) will get to torture the guy who did it to death.” I’m so upset about what happened, I’ve kind of hoped that will happen. Not nice of me, I know. But I’m EXTREMELY upset about Sam dying!

Anyone who has read The Hunger Games Trilogy knows this one. Even though my brother spoiled it and told me that Finnick dies, I was stunned over how it happened. Personally, I think that Suzanne Collins went on a rampage and vented her inner psychopath by murdering as many of her characters as possible. Worst of all, Finnick’s death served absolutely no purpose. What did it add to the story? Nothing. His death was pointless. I say we start a petition to have them change that in the movie. If they do, I promise to take back all those mean things I’ve said about Katniss. Word of Honor.

When I thought about it, I realized that Matthew, Finnick, and Sam have a few things in common: all of them have a significant other with whom they are deeply in love, all of them were young, two of them were warriors, and two of them have sons and wives. That and I knew ahead of time that each of them was going to die, but that clearly didn’t stop me from being devastated afterwards.

What fictional deaths will you never get over? 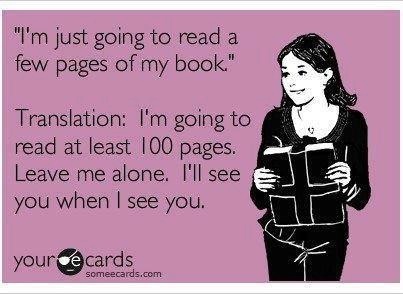 Princess Alyrra’s strength lies in silence. Scorned by her family, she avoids the court, spending her time with servants. When her marriage is unexpectedly arranged with the prince of a powerful neighboring kingdom, Alyrra feels trapped. As the court celebrates her match, dark rumors spread about the unexplained deaths of the women of her new family. Alyrra begins her journey with mounting trepidation; betrayed while traveling, she seizes an opportunity to start a life away from court.

Walking away from a prince whom she doesn’t know should have been easy. But from the moment she sets eyes on him, Alyrra realizes that her freedom could cost him his life. Without any magical defense of her own, she is plunged into a lethal game of sorcery and deceit. Now Alyrra must decide whom she can trust and what she’s willing to fight for—before her silence proves fatal.

Read from June 26 to August 24, 2012
It has been a very long time since a book captured me the way this one did. Though it was a bit slow in the beginning, once I got past the first few chapters, I might as well have been shackled to my iPhone. I simply could not tear myself away.

I had my eye on this book for awhile. The idea of a “The Goose Girl” retelling intrigued me. However, I had read another TGG retelling (The Goose Girl by Shannon Hale) and wasn’t sure it would be entirely new. I must now eat my thoughts.

The plot:
I was highly impressed. Remember how I said I was worried about originality? While I could spot elements of the Grimm fairytale, it was a whole new spin. (I know people always say things like that, but I can’t help that it’s true.) The voice and the feel were unusual and I enjoyed the mix of middle-eastern and European customs and styles.

The characters:
Princess Alyrra/Thorn is the most engaging main character I have met in a long time. All she wants is to be left alone and yet, when push comes to shove, she does step up and do the right thing. She is humble and compassionate and brave, though she doesn’t believe it. I greatly enjoyed watching her discover her inner strength to face her enemies and I was rooting for her all the way. One of my favorite things about her character was how, even after Valka had been downright sadistic to Thorn, Thorn still took pity on her and showed mercy. Compassion is a quality that seems to be growing scarce in modern MCs and it was exhilarating to meet one who has it in plenty.

Kestrin was what many would call “swoon worthy.” (While I don’t normally use that term, it seems fitting here.) Young, handsome, gallant, brave…did I mention he’s the prince? While I got a bit mad at him a few times, the greater portion of my reading was spent in agony over what would happen with him and Thorn. Not to give away the ending, but I was quite satisfied with the outcome.

Valka, the maid who betrays Thorn, is an excellent antagonist. Pampered, spoiled, selfish–she’s the kind of character we all love to hate.

Let’s not forget the Lady, the mysterious otherworldly being who starts all the trouble in the first place. As for details about her, you’ll have to read the book.

There were a bevy of other characters (Red Hawk, Falada, Violet, Laurel, Oak, Ash) who were all memorable and lovable in their own way. (I am really hoping to see more of some of them in the companion trilogy the author is working on.)

All in all, this book was awesome. Mind-bogglingly so. In other words, go get it. Right now. That’s an order. =)

Since I seem to be posting a lot of stuff from YouTube lately, I decided to stick with the tradition. Here’s another “Call Me Maybe” parody I found via Twitter. It’s a hilarious pro-indie bookstore piece and I think it’s definitely post-worthy!

And now I’m proudly showing off The Secrets of the Vanmars‘ book trailer!  Again, I think the score fits the nature of the book very well. It starts of sweet, but with a hint of suspense… Enjoy!

Today I’d like to share with you the book trailer for The Key of Amatahns. Pay attention to the musical score, I think it fits the book perfectly!