Books helped me so much, I can’t begin to say.

I grew up in a strict religious circle. Girls didn’t wear tank tops or dresses above the knee, girls didn’t talk back, girls didn’t go to college, girls let their daddies pick their husbands, and girls certainly didn’t have their own professions.

I was something of a rebel, often getting the boys into trouble because I’d suggest “great ideas.” I would climb fences, wrestle goats, play in the mud, and hold my own in a water balloon fight. But did I challenge any of those rules shoved down my throat? You may be disappointed, but no, not really.

Ask any feminist bookworm their favorite heroine and they will probably tell you about a character who stood up to social norms. I’ll bet she went against the grain, proved herself independent, and didn’t listen when the world said “no.” Whether she ran away from marrying a man she’d never met or became a mage or assassin, she didn’t take her culture’s crap.

That’s great, but why’d she do it?

As modern readers, we can see forced marriage, restrictive dress codes, and professional limitations on women are sexist. We forget that women and girls raised with these things don’t. In fact, I’ve seen misogynist ideas enforced by other women far more than men.

Most women who are victimized like this will get offended or laugh at you if you tell them—assuming they even listen. They don’t just spontaneously shed their shackles and start dancing to freedom. It takes more than one or two incidents to get them to that point, contrary to what many, especially newer writers seem to think.

And it hurts. Realizing that you’ve been manipulated by people you love and trust? Damn, it’s painful.

For me, it took years. When I was eight my family left that church, but I was still being molded into someone’s future “submissive wife.” Don’t get me wrong, marriage is a beautiful and  blessed institution, but it needs to be between two equal partners.

At fifteen, I wrote my first book and joined the online community which exposed me to a lot of new ideas—which I totally rebuffed at first. However, tank tops became a part of my wardrobe somewhere in there. Then my parents divorced which revealed a lot of hypocrisy about things I’d been taught and sort of pushed me over the edge.

Fun fact: I have been excommunicated.

A few months later (yeah, even more time after that), I signed up for my first college class. I didn’t reject my faith, quite the opposite, but I do realize that the version I’d been presented was way off. It was being used to control me and everyone else in that organization.

So what does this have to do with literary heroines? Writers need to understand how people in this type of situation actually think. These things need patience, these things generally need hundreds of little incidents built up over time. Like someone in an abusive relationship, it can take a while.

Authors and other artists are in the unique position of being able to talk about this and they absolutely should. Reading was one of the main ways I realized that how I’d been raised wasn’t okay and I know that it has the power to do the same for others.

Girls don’t just up and flick the middle finger at oppression—no one does. There is a reason they decide what they’re living in is unacceptable. It takes a lot of time, a lot of work, and a lot of courage for a girl to stand up like that. It’s why the ones that do are so compelling. 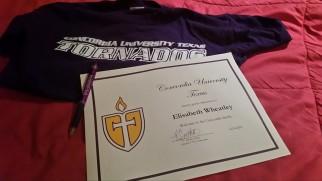 9 thoughts on “Girls that defy society for absolutely no reason”