Hello, lovelies. Never fear, I did not trip and break my neck falling down the rabbit hole.

It’s finals this week and that means 41 days of freedom until the start of the spring semester, which I plan to waste on writing, reading, blogging, and other gloriously epic activities. I actually have some very exciting news for you, starting with the Daindreth’s Assassin series. 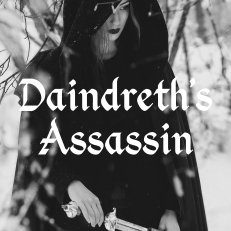 I’m about 107k words into the fourth novel and after feedback from a very awesome beta reader, I have begun editing the first book. However, I am finding her emphatic advice, that I trim the word count down below 100k, to be very difficult to achieve. I mean, there’s just so much to the story and I’m finding more things that need explanation and showing not telling and…well, that story is planned for summer 2016.

Why so far ahead, you ask? Because I have five books planned for release next year. You read that right—FIVE. The first three books in the Argetallam Saga will be making a big splash starting in January with one coming each month, building up to The Temple of Tarkoth in April (God and my support team willing). The first three books will be re-released with reediting and they will all have shiny new covers designed by the brilliant and multitalented T.L. Shreffler.

And because I love you all, here’s a teaser for the new cover of The Key of Amatahns!

I am wrapping up some polishing on The Key of Amatahns right now while starting on The Secrets of the Vanmars, making lots of little tweaks and getting very excited for the big reveal in January!

The third book in the Fanged Princess series, currently titled Fanged Rebel, is set for a May 2015 release and in case you didn’t know, the first book is forever free on all eBook retailers. 😀 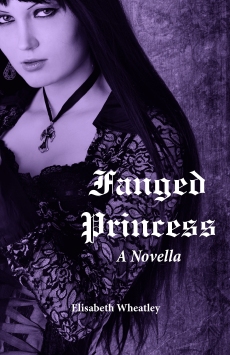 So go download, mark your calendars, and get ready, because there’s a whole lot of Haddie and Janir headed your way!