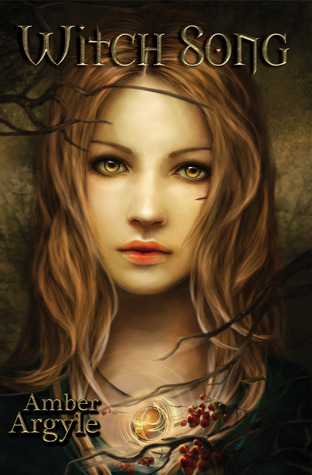 The Witch Hunters have come for Brusenna, for she is the last. All the others have been captured by the Dark Witch. And without their magical songs to control nature, the world is dying.

Though young and untrained, Brusenna must succeed where every other Witch has failed. Find the Dark Witch. Fight her. Defeat her. If Brusenna fails, there will be nothing left to save—for the Witches, for mankind, or for the young Guardian who has committed his life to protecting hers.

It’s been awhile since I’ve read a fantasy novel like this—a young hero raised in ignorance of their true power leaving on a quest to defeat a great evil. In some ways it felt like going home, back to where my passion for swords and sorcery began. Lots of danger, suspense, a dash of mystery, and some sweet romance—this is the kind of book that made me fall in love with the genre.

At a little over 320 pages printed length, it took me little over a day to finish. Despite the length, I can’t think of any portion or area where the story dragged or there was a plot hole. There’s a one year gap in the timeline somewhere around the 30% mark and while that might normally get a star reduction, it was more or less necessary to the storyline and so I’ll take it.

I think I would have liked to see less of the multiple perspectives. There were certain parts from the POV of the bad guy and a few other characters that I thought should have been cut, maybe not all, but most of them.

Amber Argyle pulled of a HUGE amount of character development. Senna goes from being a naïve, brash, slightly bratty fifteen year old to a mature, brave, and astute leader. It really was amazing how well that was pulled off. If only we could all master character development so well. *sigh*

Joshen was the other main character who undergoes a total 360 transformation. They mature so much over the course of the story it was like watching them grow up. They were so sweet together and I did get angry at Senna’s mother, almost as much as she did. Particularly when the woman went and was getting upset over Senna not getting the permission of the Keepers before making this one big decision. Never mind that Senna didn’t know because her mother neglected to teach her or that the Keepers were kind of dead at the time. *tosses arms in the air with frustration*

At the 70% mark, I was panicking a bit. Things were going way too smoothly and I knew something big and bad was about to happen and I was right. Thankfully, while this book does have an open ending, it does not have a cliffhanger.

An excellent MG/lower YA fantasy I would recommend to fans of Intisar Khanani and Shannon Hale.