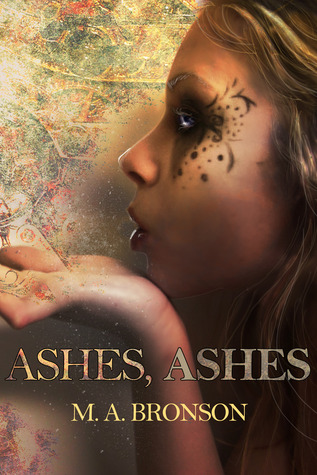 Ten years ago Jay Jay Grayson’s life changed forever. Too bad she can’t remember anything that happened that night. She later learned that both her father and sister had died. Ever since then, as soon as it gets dark she is visited by her strange friend William.

William is a vampyre with a dark past, a large ego and secrets that could destroy them both. As her relationship with Will deepens a hidden enemy draws closer.

Sixteen-year-old Jay Jay must uncover her true power and discover the truth of her past if she is to have an hope of a future….

At the beginning and about up to the halfway point of this story, I was thinking it would be a four star book or thereabouts. But the last fifty percent got me so involved and so fixated on the characters and the outcome and the world…when I dropped by Goodreads to give it a rating, it just felt right to go with the whole five. There were a few typographical errors, little things. The language was a little more consistent with High or Epic Fantasy in the beginning—not really sure if that’s a bad or good thing—but that gets smoothed out by the second chapter. The author was sixteen when she wrote this and I think it was her first title, but I’m not sure. I do know is it’s much better than my debut novel and so hats off!

This is a novella and a lot happens in a short space of time. We get a glimpse into Ms. Bronson’s reality that tells us just enough for it all to make sense and a little extra as a tease. There is this one part where we get a brief snapshot of what I believe will be MC’s of the other books—a werewolf’s mate, a half-elf girl, and a dragon (oh, yes, yes, yes, bring on the dragons please!). The ending was left a bit open, which is better than the conclusion I was dreading, but there is still a huge question as to whether or not things will turn out the way I want them to for the MC’s of this book.

It’s been awhile since I’ve read about a punk-rocker type MC. Despite Jay Jay’s lime green highlights, brow and lip rings, she wasn’t the unbearably haughty rebel I’ve come to expect. I liked her a lot and I do hope we get to see her in the later books (we probably will, but authors have been on a role breaking my heart since the start of this year).

I didn’t really feel like there was a necessity for her clique of friends that appear in one scene at the beginning. Yes, it was important to establish the dynamics of Drew and Jay Jay’s cool romance, but I think it might have been possible to do that without the friends.

Will, the vampyre, is a big part of the story from the prologue. I was rooting for him and I’m really, really worried what’s going to happen now that things are the way they are. (When a questionably sane vampyre seeress offers information in exchange for somebody’s death, you know you’ve got to tread carefully.)

I enjoyed this short book very much and I can’t wait for the release of the rest of the series!