I was a part of this book’s tour when it was self published last year and I am thrilled to help spread the word about the re-release with REUTS Publishing! 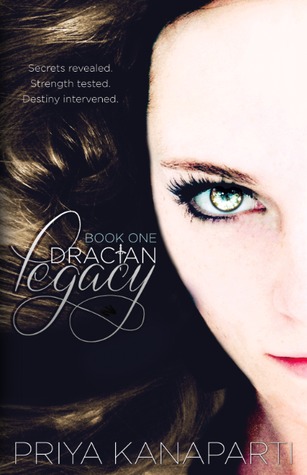 At seventeen, Ren Pernell knows the meaning of tragedy.

But then, a year after losing her parents, Axel Knight walks through the door and changes everything. Strange creatures start to appear, her best friend suddenly finds her irresistible, and an undeniable, unexplainable bond with Axel threatens to drive her insane. She knows he’s the key. There’s something he’s not sharing, and she’s determined to find out.

Demanding answers, she finally learns the truth: everything she ever believed is an illusion. Caught in a centuries-old blood feud between races she never knew existed, Ren discovers her true destiny. She’s the chosen one, the Echo, preordained to end the bloodshed.

There’s just one catch–in order to save those she loves and a homeland she’s never seen, she’ll have to die.

With the clock running out, she’ll have to navigate a new world of betrayal, lies and deceit. If she can forgive, finding love even in the darkest places, she just might be able to escape the prophecy. But how much is she willing to sacrifice for a cause she didn’t know she was part of? And what will it take for her to be free?

I read this book back when it was self-published, so I was very excited to read this new version released with REUTS Publications. However, I kept comparing notes on this version versus that version, so I must warn you that comparisons are going to occur in this review.

There’s lots of kissing and intense make-out sessions. I mean LOTS. There was also a good deal of martial action and add in the magic, that makes for a romance-centric adventure to keep you turning the pages! I thought that the world building should have been done more and earlier in the story and it should have been clearer sooner who was who and what was what. There were a few inconsistencies, mainly this one part around midway through where Ren says to Axel “you could always give up the throne for me,” but we don’t hear anything about Axel :SPOILER: being a prince :SPOILER OVER: until past the 90% mark of the story. This version also cuts out the explanation about what Dean and Ren being “bonded” means and how they ended up that way and I thought that should have been elaborated more. Still, the story trots along at a good pace and there weren’t any “dead zones.”

I will say that Ren was more multi-dimensional in this version and doesn’t throw herself at Axel as easily, which I liked. She was good about sticking with decisions once they were made and not trying to back out. Though I wish she’d ditch her best friend. Pey annoys me. (Sorry, Pey.)

Axel is a dichotomy of sorts. He’s drop-dead gorgeous, carries magical daggers, rides a motorcycle, and favors leather. With that description, you’re probably expecting a bad boy, right? Nope. Axel is…oh, gosh he’s amazing. Sweet and romantic, yes, but also a talented young warrior driven by guilt and a need to save as many people as he can. What can I say? I’m a sucker for a dangerous boy with a conscience.

I mentioned Dean earlier, so I should probably talk a bit about him here. I want to hate Dean very badly, but the author does a good job of showing his vulnerable, non-cocky side just enough that he can’t be completely written off. I get frustrated with him and I can’t help but want to scream in his face that it’s his own fault Ren didn’t choose him because if he was good enough for her, he wouldn’t have spent his high school years screwing around with half their high school’s female students.

I adored Joshua, Ren’s older brother. He was overprotective of Ren and utterly precious with his girlfriend, Cassie. He’s the big brother nobody would mind having.

There were a few other characters who made their appearances. I laud the author for giving us glimpses into all of them, even when they weren’t central to the story. Even the characters who come across as bullies are given lines that hint at an unknown backstory and I loved that.

We’re told who the villain is earlier on and shown in no uncertain terms that Goarders are bad, but I felt like more should have been explained through the story—like why Ren feels drawn to a certain baddie, etc. At the end we learn how Ren could be the end of the Dracians, but I thought it should have been made clear just how Ren could save the Dracians. I suppose that’s for the future story installments.

In short, I like this series and I want to find out what happens next. There were some places I took issue, but I think it’s still a wonderful, original story and especially love that the hero isn’t a bad boy for once. I recommend this to fans of YA paranormal romance, especially ones who like swoon-worthy romance!

Priya lives in the beautiful city of Boise, ID as a full-time working mom and part-time YA Novel Author. For the past 7+ years she has worked in multiple fortune 500 companies and has recently found the passion to read and write. The Dracian Legacy is her first YA paranormal romance series. She strongly believes that true love conquers all and that’s a common theme you’ll find within her novels.