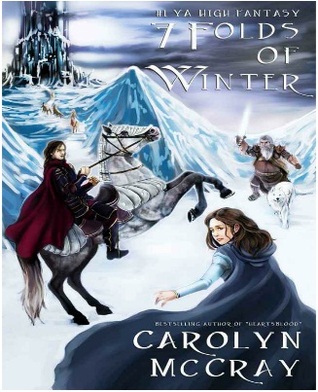 Ah, reading this book was like visiting an old friend. Though I may wander into other genres, my heart will forever belong to epic fantasy! This book had all the things that make fantasy stories wonderful—romance, tragedy, danger, unrequited love, monsters, sorcery, magic…I could go on, but you get the gist.

In this story, we follow 7+ points of view through the book’s 519 pages, discovering different details from different perspectives. I was glued to my iPhone screen and for quite some time had that warm fuzzy feeling that comes with the assurance of having a fun book to read when you finish your work.

There is Trevan (The Man Who Did Not Know), who is probably the most prominent perspective. I liked him in spite of his arrogance and self-assurance which for me are real turn-off points for a character to have. Nonetheless, he does grow up and that was perhaps one of the best parts to watch.

There is Glacial (The Ice Princess) who is something of a pampered she-dog in the beginning, but shows her insecure, childlike side later. The Snowy Maiden (whose original name seems to have escaped me) was tied with Trevan for the title of “my favorite character.” The Snowy Maiden is a bit naïve and silly in the beginning, but I adored her and really felt for her when she falls in love with Trevan, yet is in love alone. (I wanted to clobber Trevan for being a womanizing cur sometimes. But he gets over it, so I guess that’s all that counts.)

The Corpse is exactly as you imagine—a walking dead man, literally. He was kind of funny because of his brutal honesty and shameless behavior. Though the idea of being around a frozen zombie was kind of creepy, his humorous influences made up for it.

Ornery, or The Way, is a half-centaur hybrid struggling with adolescence and identity issues. I felt sorry for him and really liked him even if I got frustrated with him plenty of times.

Holt and Ekoli were the vampyr and the fallen goddess who fall into a tragic romance that was sweet nonetheless. I’m really, really hoping for that blasted HEA in the next book because I get really, really mad when we don’t get one.

One thing that did bug me to no end were several passages where the male characters—namely Trevan, Holt, and Ornery—seem equate their flourishing love life or the lack thereof as a measure of their personal worth. Guys, take a hint from James Bond. He has all the gorgeous and glamorous gals, but at the end of the day, there isn’t really anybody who’d wait around for him or bring flowers to his grave once he keels over. In fact, odds are that most the people would come to his funeral just to make sure he’s dead.

By that same token, I really appreciated Ornery’s father, the centaur Dimitri, who has remained faithful to one mate his whole life (which is portrayed as extremely rare for a centaur here), even though they would sometimes be apart for years at a time. I like to see stories like that and it was one of the highlights in this book.

This book leaves an opening for another book and I very much hope the author continues to write this series because I think it was an excellent piece. I recommend it to fans of epic fantasy and probably some YA fantasy fans, even though I don’t think it falls within the lines of Young Adult.

Add 7 Folds of Winter on Goodreads

3 thoughts on “Review: 7 Folds of Winter by Carolyn McCray”